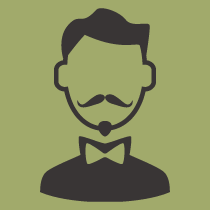 My name is Amy, and I have been selling previously owned cars for over five years. Many people told me that a woman couldn't be a good car salesperson, but I didn't listen to that. I knew that selling cars was the perfect job for me, and I found out that I was right. I am currently the most successful salesperson on the lot where I work. If you are a woman who would like a career as a car salesperson, I hope I can inspire you to follow this path. I'll let you know everything you need to do to follow this dream.

When you buy a car from a dealership, you have the …

Buying a brand-new vehicle isn't always the most p …

The popularity and use of conversion vans are on t …

Read More
Used Passenger Buses For Sale: What You're Looking For
14 January 2021

Passenger buses can be beneficial to add to your b …

Why More Woman Should Sell Cars

Should you buy a used car? There are a lot of reasons why some people opt for new cars. Some people are the types that just want new things, some people like knowing everything their car has gone through and had done to it, some prefer the smell of a brand-new car, and some like the statement it makes. There are others who find used cars to be the better choice for them, at least at that point in time. Here are some of the reasons why a person may choose to buy used:

They can't afford a new car

For many people, buying a used car is more of a financial decision than one that is made due to their preference. If they aren't able to pay the price of a new car, then they will go with a pre-owned one, which will cost them a lot less. In fact, even a car that is only a couple of years old and practically new in its own right will cost much less because cars lose a good deal of their value the moment they are driven off of the lot.

They are buying a car for their child

When parents are purchasing their child's first car, they may decide to buy a used car for a number of reasons. For one thing, new drivers can be very hard on cars and the cars they begin driving in often end up bumping into quite a few things. Parents will feel much better about the car getting dinged up and scratched when it isn't a brand new one they bought in pristine condition. Another reason is that they know most new drivers aren't great about remembering to get the car serviced and checking the fluids, so the parents decide to let them make these mistakes on a car that is pre-owned.

They need a second car

If someone is looking for a second car that they only plan on using on rare occasions, then it will make more sense for them to buy a used one. If this is the same reason you are going to be buying another car, then you might want to look into purchasing a pre-owned vehicle like a Hyundai. Pick a great car known for lasting for many miles and that is also known for being good on gas so when you do take the car out, it won't cost you a lot of money in gas.

To learn more, reach out to a car dealer that offers products like used Hyundai cars for sale.